Today I took a short walk in Abrantes, my local town.
Spring is upon us and it’s nice to hear and see the birds, they’re busy with the breeding season. 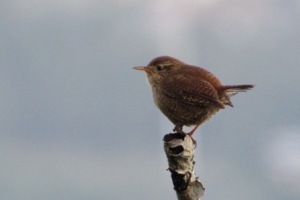 A wren male caught my attention…he spent most of the time singing his heart out. The only time he sttoped was to collect moss to build his nest.

The tiny wren has the strongest vocalization in relation to body size. The high notes of his strophic song can be heard at a distance of five hundred meters!

Recently I traveled to Malaysia. I had 3 days to spend there and, of course, birdwatching.

I choose to spend my time at FRIM – Forest Research Institute of Malaysia. This forest reserve is situated on the outskirts of Kuala Lumpur and is really easy to access.

Although artificial (entirely man-made), this place has an amazing diverse wildlife and is a must for the birders who visit Kuala Lumpur.

Since last year I’ve been traveling around Indonesia.
This led me to fall in love with this country; such an array of different cultures, friendly people, amazing landscapes and unique fauna and flora.

On the other hand I’ve been worried about the uncontrolled trade of wildlife and the effects of it.

I’ve heard too many times that one of the causes is the culture and tradition. This is explained by the saying “A successful Javanese man must have five things: a horse, a house, a wife, a Kris and a bird in a cage.” The horse means a way of transportation, the house and wife don’t need to be explained, the Kris is the ceremonial dagger and the bird for his song and the meaning of it.

Well, this might be one of the reasons and an explanation for the amount of birds in cages, but not all Indonesians are Javanese and according to Javanese tradition, the symbol bird is the perkutut (Zebra-dove) not just any bird.

However, what we see in the Indonesian wildlife markets hardly reflect this tradition. Almost anything can be found; besides mammals (civets, monkeys, bats…) and reptiles (pythons, lizards…) the number of bird species traded is astonishing. In just one visit to one of these markets I’ve been able to identify more than 120 species of birds, some of them I find it hard to understand the reason why they’ve been caught; they’re not especially good singers nor colorful.

Many of them won’t adapt to a cage (and aren’t suitable for pets) and will die in these markets.

Hide in the back of the shops we can spot a bird of prey and these are regarded as symbol status, but most of the times the way they’re kept is quite poor and most will not reach the final buyer.

I read in a book that this can be compared to buy cut flowers and indeed it is, as most of these birds will die in a few weeks or days…

Once common birds around villages, Magpie-robins and White-rumped Shamas are now absent from most areas. Javan Sparrow? Only thrives in protected areas (and even there they’re not safe). Bali Myna is probably the best example; the “wild” population is hardly safe and even the birds kept in captivity reproduction programs are often stolen and can be found in the markets. These are just a few examples…

Another problem is how these animals are kept: dozens, sometimes hundreds of specimens, are squeezed in cages, hardly suitable for just one. Dead ones are rotting amongst the ones still alive.
This is the perfect environment for the spread of diseases (who forgot the problem of avian influenza?!).

I can think of some solutions, but the main one should be the law enforcement and government commitment to conservation.
There’s a spread idea of corruption among the authorities in this country and the trade of parrots, birds of prey and valuable species is often perpetuated by them.

Indonesian government should show commitment to protect wildlife and ensure that law is enforced and respected. Bad performances of conservation departments should be punished, and of course, a good performance should be rewarded.

An extensive environmental education program in schools must be a priority. Future generations are the only hope for the safety of wildlife and nature conservation in Indonesia.

This must end, if we want the future generations to enjoy this marvelous wildlife diversity.

As an illustrator, Indigo Blue is one of my favorite colors.

Coincidence or not, the Indigo Flycatcher is one of the Indonesian birds who most impressed me; it’s a real challenge to describe (and even more to paint) its real colors.

When the bird is in the dark shadow of the forest shows indigo blue plumage, but when a sun ray gets into the plumage turns into a stunning turquoise blue.

This species is endemic to the Greater Sundas. Three subspecies are recognized: Eumyias indigo cerviniventris in Borneo, Eumyias indigo ruficrissa in Sumatra and Eumyias indigo indigo in Java. All of them showing bright azure-blue forehead (becoming almost white in strong light), lores and area around eye black, upperparts deep indigo-blue, throat and breast deep blue fading to bluish-grey belly and white base of outer tail feathers. The main distinction between them is the amount of buff color in undertail-coverts, ranging from buffish-yellow in Borneo subspecies to white in Java subspecies.

On 23 of May (Pangrango NP), a couple of Indigo Flycatchers was observed and notes were taken.

I noticed a difference in the amount of black in the face of the two birds.

Nº1 had a small black area (chin, lores and nostrils compared with nº2, who had a much bigger amount of dark area (chin and cheeks, even showing a moustachial stripe).

When nº2 moved to a shadow area this characteristic didn’t changed, the same happen to nº1 when showed up in a sunny area.

Could it be sexual dimorphism? I assumed that nº2 was a male and nº1 a female, but it’s just an assumption…

On 23 of May, in Pangrango NP, me and Santi came across with a Pygmy Tit’s nest ,Java’s smallest bird. With a length of 8 cm’s it surely deserves this distinction and name.

The Pygmy Tit (Psaltria exilis) is placed in the Aegithalidae family but his true relationships remain obscure. The genus Psaltria is endemic to Java and Bali.

Little is known about its breeding biology, and even nowadays the juvenile plumage remains undescribed, although is believed to be very similar to the adult plumage.

Around 1h15 pm we noticed activity around the nest and we took the opportunity to take some notes.

The nest is in a Rasamala tree, around 10 m from the ground. We could see it up close from a Canopy trail.

The nest structure is no more than moss coupled to an epiphyte. The bird took advantage of this structure to build the nest or could it be used as camouflage?

We noticed the birds joining mixed flocks to collect food and returning to the nest each time the flock passed at the area. Seicercus grammiceps and Phylloscopus trivirgatus were the main species on those flocks.

The only prey we saw being taken was small caterpillars.

In one occasion we saw 3 birds around the nest, bringing food. One of them entered into the nest and remained there, while the others were foraging. This strongly suggests cooperative breeding.

The time length between each visit was very long, 18 to 40 min.

The surrounding area is Primary forest (transitional from sub-montane to montane vegetation), composed mainly by tall Rasamala trees. The nest tree is located in a valley (around 1500 m elevation), with a fast flowing stream passing by.

In April I made a short trip to Southern Kalimantan (Borneo). Not much time to birdwatch, my purpose was to follow a film crew and help them in the field.

Still I managed to record 59 species of birds, of which 18 are lifers.

But one of the things who most impressed me was the sky… the sky is huge in Kalimantan! 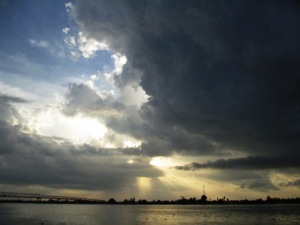 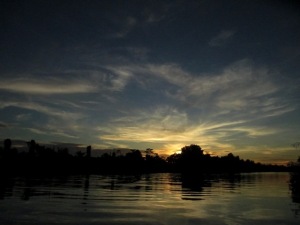 As a Portuguese birdwatcher, Arctic warbler has been, for a long time, a most wanted bird and one of the rarities that one wishes to tick.
So far there’s only one accepted record in Portugal. In 2009 (September 28) a juvenile was ringed in Santo André lagoon  by Carlos Pacheco and others (see here).

This species winters primarily in Malaysia, Phillipines and Indonesia.

I’m currently in Java, and the opportunity to observe and study Arctic Warblers in the wintering grounds seems irresistible.

But here arises a problem…

Arctic Warbler has now been split into three cryptic species due to differences in genetics.

According to this paper distinguish these three species will be impossible by plumage alone, leaving us with calls and songs as the only safe method of ID.
On February 7, 2015 in Bogor Botanical Garden  a warbler caught the attention.

Plumage and structure seemed to be typical of Arctic warbler, although much greyish in tone than a previous bird seen at the same place, identified as Phylloscopus borealis (photo here). But as we already know plumage is of little use in the field.

Fortunately it was calling and I managed to get this recording:

The double note call seems to indicate Phylloscopus examinandus. Looking at the sonogram we can see two syllables:

If we compare to the example in the previous paper we can see similarities:

On March 18, 2015 an Arctic warbler Phylloscopus borealis was recorded at the same place. It was much silent than the previous bird. Only calling randomly, a single note call:

The sonogram shows one sillable:

Comparing with the sonogram in the paper we can see the same pattern:

Today I managed to record another Arctic warbler P. borealis, a single note call given when I approached the bird:

I would like to hear some inputs on these observations, especially on the recording of P. examinandus.

After a hiking of 3 hours (to many birds to discover!) we reached the Swamp (a forest clearing with head-high grass and a well known place in here).

Soon as we arrived we detect an adult Crested Serpent-eagle Spilornis cheela soaring.

Then displayed in flight (diving followed by an ascent flight with raised wings, beating them for a few seconds in that position, performed a few times).

We were still talking about this behaviour when a male Javan Hawk-eagle Nisaetus bartelsi (we weren’t able to tell the age of this bird), also started to display above (diving followed by an ascent flight and then gliding, also a few times).

After that a juvenile male Javan Hawk-eagle was seen interacting with an adult female, disappearing behind the canopy. 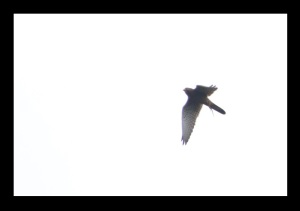 I know, crappy pictures! Very light sky and impossible to get better… but you get the idea.

I got tired of my previous blog and decided to give it a new life.
Here you will find travel reports, birdwatching stuff and field sketches.
Hope you enjoy it as much as I do.

Feel free to post on this blog or email me for any questions you may have. pauloalves100@yahoo.com

This work is licensed under a Creative Commons Attribution-NonCommercial 3.0 Unported License.